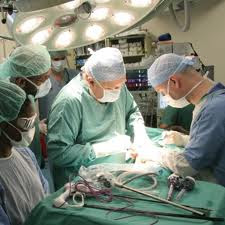 1 in 5 Swedes say they would be willing to sacrifice a kidney in exchange for a large cash payment, a survey has found.

A consumer research company asked 1,000 Swedes: “If it was legal, would you be prepared to sell one of your kidneys for 300,000 kronor ($48,344) to the County Council to be used for someone with kidney failure, or wouldn’t you?”

The numbers show that out of Sweden’s entire population, 1.5 million people would be ready to give up a kidney in return for the cash.

There are currently 750 people on the waiting list for a kidney in Sweden, said Sveridge Radio, which commissioned the survey.

The survey showed that low-income earners and high-income earners were just as likely to agree to the operation despite the small risk it would incur.

Out of those with an annual income of 250,000 kronor a year, 19 percent were in favour, 73 percent against and 8 percent undecided.

The same figures applied for those with an annual income of 600,000 or more, and those in between also showed very similar figures.

However, young people were more likely to be positive to selling their kidney (29 percent) than elderly people (17 percent) and those with a secondary education (16 percent) were less positive than those with a lower educational level (31 percent).

More men (73 percent) than women (64 percent) were completely against the procedure.

The survey was carried out by SIFO for Sveriges Radio in April and 1,000 people took part, reports UPI.