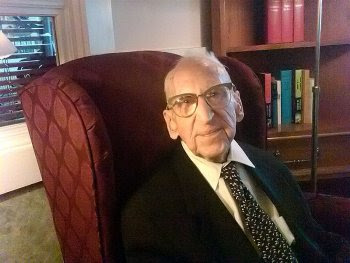 Walter Bruening, the world’s oldest man, has died of natural causes at the age of 114 in Great Falls, Montana.

Bruening had been living in the Rainbow Senior Living nursing home in Great Falls since 1980. He was sent to the Great Falls hospital earlier in the month for an unknown illness, according to Stacia Kirby, a spokesperson for the retirement home. It was at the hospital where he spent his final days.

“He was one of the kindest gentlemen and one of the humblest,” Kirby said in a news statement.

Bruening, who was born on September 21, 1896, in Melrose, Minnesota, started working for the Great Northern Railway in 1913. In 1918, he moved to Montana to begin working as a clerk for the railway. It was in Montana that he met Agnes Twokey, who he married four years later. She passed away in 1957, after 35 years of marriage. The couple had no children together and Bruening never remarried, just kept himself busy with work, even after retiring from the railroad in 1963 at the age of 67.

In the past few years, Bruening had become quite the celebrity, appearing on such shows as “News Hour with Jim Lehrer” and offering his health advice to publications such as Mens Journal.

“He was wise even beyond his years,” Montana Governor Brian Schweitzer said in a news release. “Walter taught me that all things in moderation will help lead to a long life, that hard work and a modest living are enough for a happy life and most importantly that giving back to others is good for the soul.”

According to The New York Daily News, Jiroemon Kimura of Japan is now the world’s oldest living person. He will turn 114 on April 19.