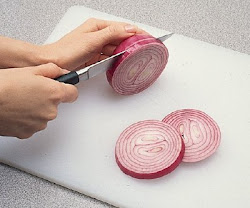 The onion it makes your breath stinky and when you slice one, it may make you cry. But that’s not all the onion does. It turns out that the simple onion is the king of nutritional benefits, and its perks have been known for thousands of years. Historical records reveal that onions have been used as far back as 4000 B.C. as a cure-all for many illnesses. In WW II, the vapors of onion paste were used to reduce the pain and accelerated the healing of soldiers’ wounds.

The onion today is no less powerful. Here’s a look at why you should make at least one medium-sized onion a staple in your daily diet.

• Onions are high in sulfur, chromium and vitamin B6, all of which studies show help to lower cholesterol and blood pressure. And, according to the Journal of Nutrition, onions also reduce the risk of heart attack and heart failure.

• The allyl proply disulfide in onions is believed to increase insulin in the body and as a result, stabilize our blood sugar level in our bodies.

• According to a study published in Clinical Gastroenterology and Hepatology, the antioxidant quercetin found in onions has been known to prevent colon cancer, and in one study the antioxidants have been shown to cure precancerous lesions in the stomach.

•In a study reported in the Journal of Agricultural and Food Chemistry, a compound called GPCS found that yellow onions in particular were shown to keep bones from weakening.

• Research published in Nutrition and Food Science reveals that onions act as an anti-inflammatory for the joints. This helps reduce pain caused by arthritis and similar medical conditions.

• Other studies have shown onions act as an antiseptic, fighting infectious bacteria including E. coli and salmonella. 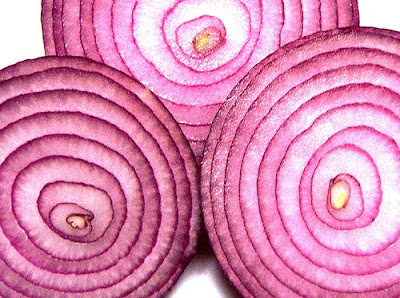 To get the most benefit, purchase well shaped onions that have dry and crisp outer skins. Pass on the ones that are already sprouting, are wilting or have discolored tops. Store onions at room temperature but keep them in a well-ventilated area and way from light to keep their roots from sprouting. Don’t put them together with potatoes because they’ll absorb the moisture and will rot sooner.Stir fry onions or chop and slice them raw (for toppings) to maintain the onion’s impressive nutritional value.