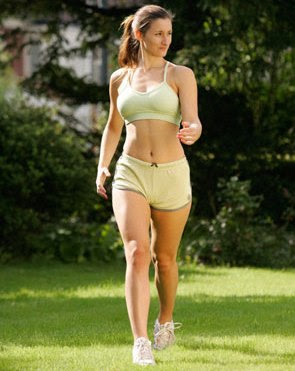 Brisk walking can boost blood flow to your brain, according to a new study from the Texas Health Presbyterian Hospital Institute for Exercise and Environmental Medicine in Dallas.

A team of researchers, led by Rong Zhang, analyzed data they collected over the course of three months from 16 women aged 60 and older. At the beginning of the study, the researchers used Doppler ultrasonography to measure blood flow in the arteries that supply oxygen-rich blood and glucose to the brain. They then created specific work out regimens for each participant, which, depending on their level of fitness, added up to an average of 30 to 50 minutes of walking three to four times a week.

At the end of three months, their findings show that blood flow to the brain had increased by 15 percent.

“There are many studies that suggest that exercise improves brain function in older adults, but we don’t know exactly why the brain improves. Our study indicates it might be tied to an improvement in the supply of blood flow to the brain,” Zhang said in a press release.

The study also found that, overall, the women’s blood pressure decreased by about four percent, their heart rates declined by five percent, and their body’s ability to carry and use oxygen during physical activity rose by 13 percent.

The researchers presented the study at the Experimental Biology meeting in Washington D.C. 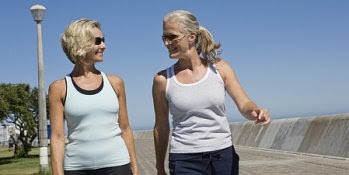