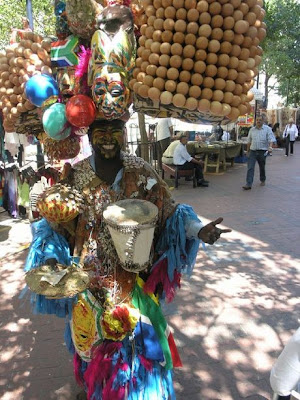 A walking work of art, Gregory Da Silva is more than an odd spectacle – he is a symbol of Africa’s many diverse cultures…In the first heady years of the African Union, the world’s eyes are increasingly turned to the continent from which humankind first appeared. Beneath the seemingly impenetrable mask of violence portrayed in popular media, lies a living and thriving cultural climate which Des Warde finds well depicted by West African street artist Gregory Da Silva.

His head dress weighs up to twenty five kilograms, his body is armored with artifacts and his face painted with tribal patterns and an undying smile. Each day, Gregory Da Silva presents the city center with a new display of his symbolic art.

Gregory’s voice is lively and he repeatedly offers phrases and words in French. Born in Benin, West Africa, 1979, he was trained in computer science at university, but went on to found a theatre group in Benin called ‘Voice of Spirit’ or ‘Voix de l’Esprit’ which performed politically motivated as well as comic and poetic theatre at the Benin National Library.

When he is traveling in Africa, be it in Senegal, Cameroon, Mali or the Congo, the local people invariably look at him and say “ahh, that is our culture” as they see something of their own represented. “All Africa is in my clothes” he says, drawing attention again to his peerless suit.

He is very popular with tourists, especially those from Italy, England, America and Germany, who frequently ask why he does not come over and do his thing in their own country. But he says his focus is on Africa. Pictures of him certainly do get back to their countries though, as Gregory says everyday “hundreds” of pictures are taken of him, usually posing with the tourists.

Asked about his dreams and ambitions, Gregory (or the “Egg Man” or “Ei man” as he is also known) says that this year he is planning on starting an art school, which is part of his ‘Project for Africa’ for this year. He wants to impart creative knowledge to South African youth, giving them the power to create beautiful things and also to support themselves, all part of his ultimate venerable ambition to “bring Africa together to make one”. 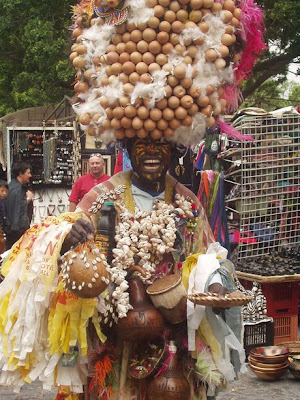 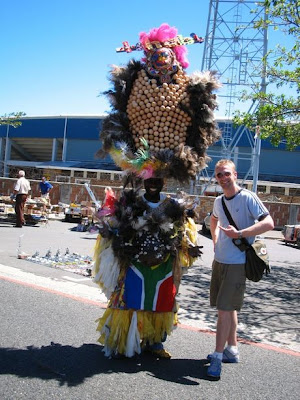 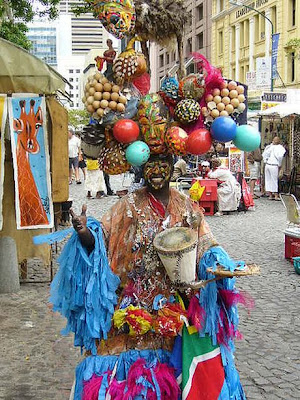 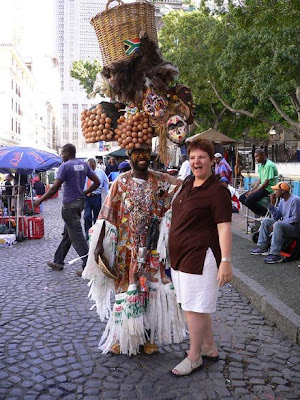 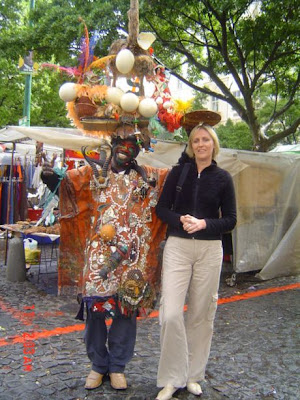