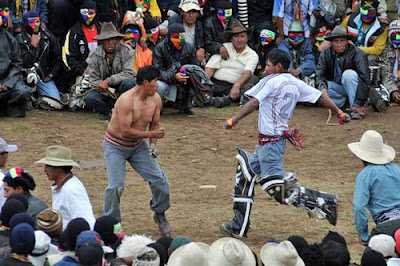 For most of us, Christmas day is a time of celebration and togetherness, but for the people of the Chumbivilcas community, near Cuzco, it’s the perfect opportunity to get into a fight.

Takanakuy, which means “when the blood is boiling” in Quechua, one of the oldest spoken dialects of Peru, is an annual celebration that gives people the chance to solve personal differences with members of their community the old fashioned way, through violence. The yearly festival, which takes place every December 25th, is an indigenous tradition that has a lot to do with family honor, reputation and distrust in the judiciary system. Takanakuy is viewed by many as the only way to put problems behind them, before New Year’s.

On the day of the festival, participants (men, women and children alike) gather in the local bullring, where they engage in a bare knuckle fight, supervised by local authorities who act as referees. Men mostly stick to punching, but in women’s matches kicking is very popular and while contenders don’t seem to be holding back much, injuries are rarely reported. Fighters are not allowed to hit their opponents while they’re down, and they risk getting whipped if they forget about this important rule.

But old grievances are not the only reason people engage in fight during the Takanakuy festival. Some of them just want to prove their courage and fighting skills, while others want to earn the respect of the community, or to make their families proud. Many of the fighters cover their faces with traditional colorful ski masks and hang different stuffed animals on them, to scare opponents. Some fighters leave the bullring with blood flowing from their mouths and noses, but none of them hold a grudge, knowing they’ll have the chance for a rematch the following year.

Takanakuy may appear like a mindless display of violence, but to the people of Chumbivilcas it’s an important part of their cultural heritage. Whatever problems they may have with each other, fighters hug before a fight, exchange a few blows and then put everything behind them and become good friends again. It’s a simple and effective way to get rid of negative energy. 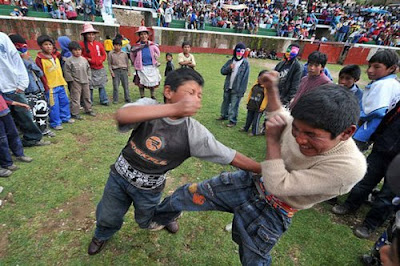 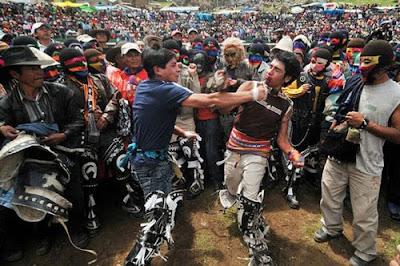 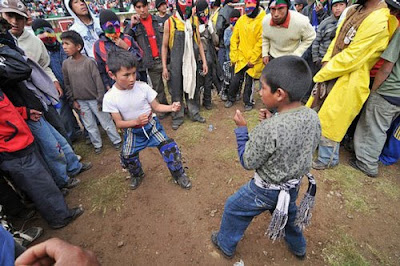 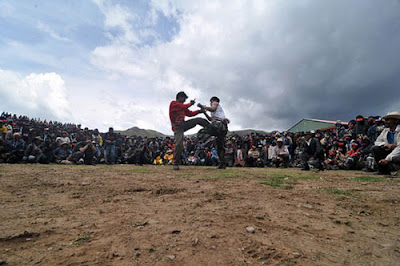