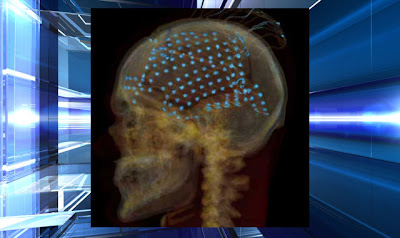 Scientists believe they have found a way to read people’s minds in what could be the first step towards helping brain-damaged patients who cannot speak.

US researchers used a computer program to decode brain activity and put it into words using a form of electronic telepathy.

Experts described the breakthrough, unveiled in the journal Public Library of Science Biology, as “remarkable” and believe it could ultimately be possible to decipher people’s thoughts.

Researchers at the University of California in Berkeley used the programme to predict what spoken words volunteers had listened to by analyzing their brain activity.

Professor Robert Knight, who worked on the study, said: “This is huge for patients who have damage to their speech mechanisms because of a stroke or Lou Gehrig’s disease and can’t speak.

“If you could eventually reconstruct imagined conversations from brain activity, thousands of people could benefit.”

People undergoing brain surgery to investigate the cause of untreatable epileptic seizures were recruited for the study.

Neurosurgeons cut a hole in the skull and put electrodes on the surface of the brain to work out where the seizures were being generated.

In 15 patients, brain activity from the temporal lobe was recorded as they listened to five to 10 minutes of conversation.

Two computer models were devised to match the spoken sounds to patterns of activity from the electrodes.

Patients then heard a single word and the models were used to predict what it was from the earlier analysis.

The better of the two programmes reproduced a synthesized sound realistic enough for the scientists to guess the original word.

Study leader Dr Brian Pasley, also from Berkeley, said: “We are looking at which cortical sites are increasing activity at particular acoustic frequencies, and from that, we map back to the sound.”

He compared the technique to a pianist “hearing” the music a colleague is playing in a sound-proof room simply by looking at the keys.

Dr Pasley added: “If you can understand the relationship well enough between the brain recordings and sound, you could either synthesize the actual sound a person is thinking, or just write out the words with a type of interface device.”

British expert Professor Jan Schnupp, from Oxford University, said the research was a “great step forward” and played down fears the approach could be exploited.
“Some may worry that this sort of technology might lead to ‘mind-reading’ devices which could one day be used to eavesdrop on the privacy of our thoughts. Such worries are unjustified,” he said.

“No non-invasive brain scanning technique in existence is able to provide the very fine temporal and the spatial resolution needed to make proper mind-reading possible.”

Despite a non-invasive system sophisticated enough to achieve the same result being a long way off, Professor Knight said the experiment had taken earlier work to a “whole new level”.

This is huge for patients who have damage to their speech mechanisms because of a stroke or Lou Gehrig’s disease and can’t speak. If you could eventually reconstruct imagined conversations from brain activity, thousands of people could benefit. 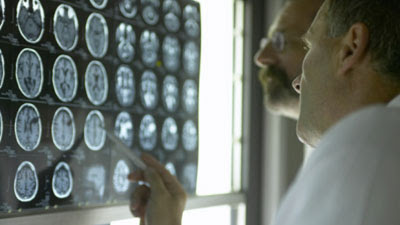