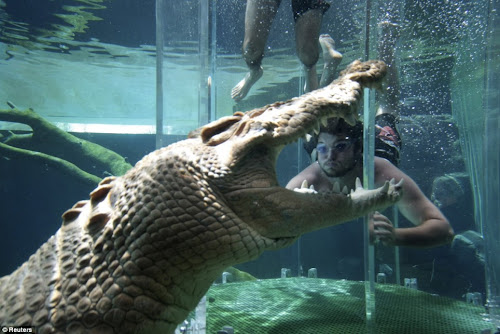 The theme park’s ‘cage of death’ that drops tourists into a crocodile’s lair. Without the cage you wouldn’t stand a chance swimming with a massive saltwater crocodile.

For brave punters who still want to get cosy with a feisty crocodile, it’s offering the chance for a close encounter in the safety of a clear acrylic box dubbed the ‘Cage of Death’. Just 4cm of acrylic, a pair of goggles and a swimsuit, will separate thrill-seekers from the jaws of Choppa, a saltwater crocodile.

The cage has no bars, unlike cages used in shark dives, which prevents the reptiles from gripping on but deep teeth scratches are visible on the sides, deterring some hesitant participants.

Top End tourists climb into the clear box before being lowered into Choppa’s lair.They then spend 15 minutes inside the 9ft high cage and watch Choppa, who lost both front feet while fighting other crocodiles, trying to take a bite out of them.

The attraction at Crocosaurus Cove in the heart of the city of Darwin in the Northern Territory has been given high marks by adrenaline-junkies.

Saltwater crocodiles, known locally as “salties,” are the largest crocodile species, with the males growing up to 19.6ft long and weighing up to 2,204lbs.They are found in across Southeast Asia but the highest numbers are found in northern Australia.

The most famous crocodile to be housed at the park is Burt, who starred as the beast that nearly ate Linda Koslowski’s character in Crocodile Dundee. 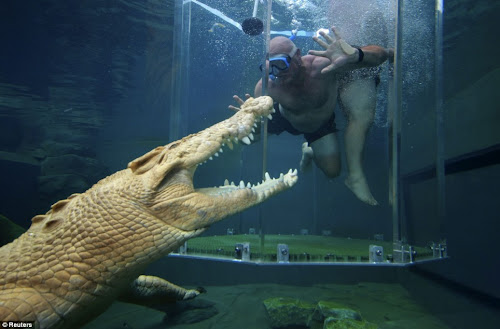 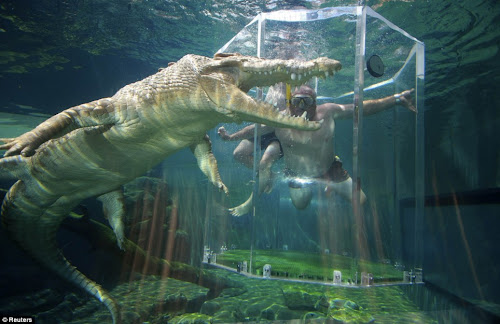 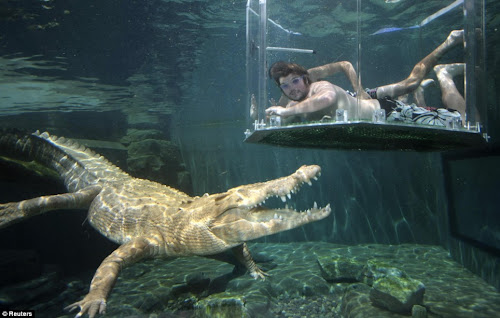 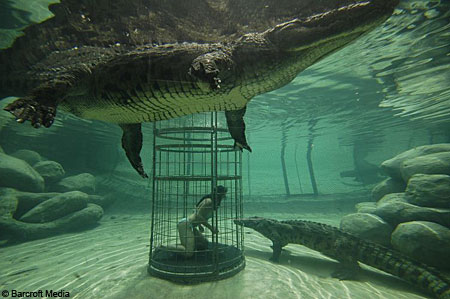 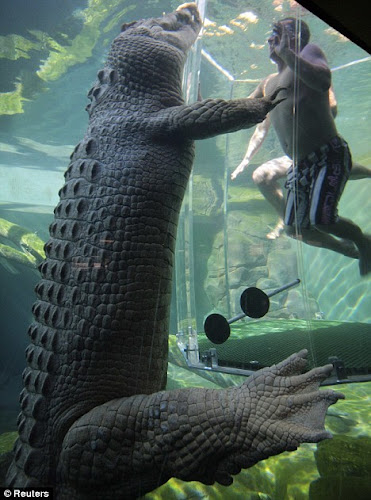