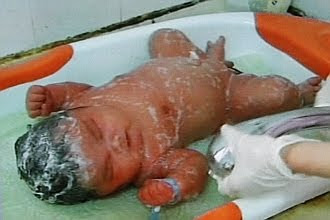 Despite the baby’s rather large size, the state-run Tianjin Post stated that the mother and father are of normal size and the pregnancy was run-of-the-mill, with no complications.

Chun Chun might be the largest baby born in the country since its establishment in 1949, but his status as a record breaker is as of yet unknown.