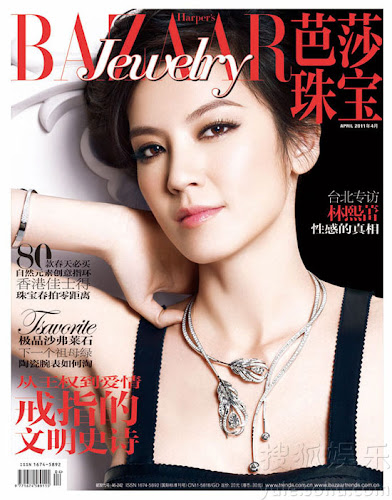 Taiwanese actress Kelly Lin, who got married in Maldives in March, is featured on recent issue of Harper’s Bazaar Jewelry magazine.

Kelly was seen on screen in 2010 film “Reign of Assassin”, which co-starred Michelle Yeoh etc. There were rumours that the 35-year-old actress might retire from showbiz after getting married, but seems like she’s going to be around a little longer.