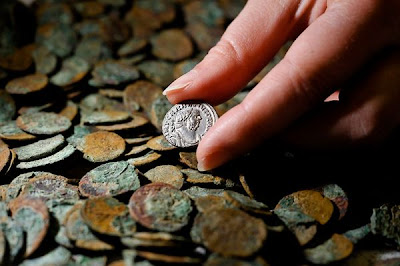 The haul, most of which has been cleaned and restored, contains nearly 800 coins minted by Carausius, a Roman general who declared himself emperor of Britain in A.D. 286 and ruled for seven years before being assassinated by his treasurer.

During those seven years, Carausius spread his rule in part through propaganda—for example, by issuing high-quality silver coins bearing his likeness.

The find also contained coins showing Rome’s mythical founders, Romulus and Remus, suckling a wolf—a scene never before found on Carausius coins. Carausius may have used the image to link himself with the historical Roman Empire.

“He was a great propagandist,” British Museum archaeologist Sam Moorhead told National Geographic News. “He basically introduced that coin as soon as he came to the throne.” 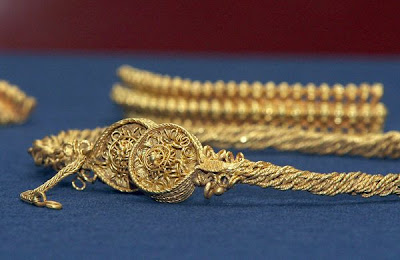 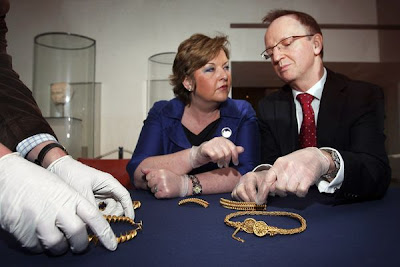