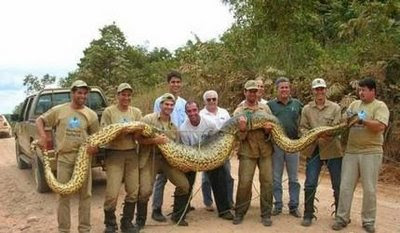 I think these are anaconda, and here some information about anaconda

Eunectes is a genus of non-venomous boas found in tropical South America, commonly called anacondas. An aquatic group of snakes inhabiting swamps and rivers, its members include some of the largest snakes in the world. Despite this, little was known about them until recently. The name Eunectes is derived from the Greek word Eυνήκτης, which means “good swimmer.” Three species are currently recognized.

The Wildlife Conservation Society has, since the early 20th century, offered a large cash reward (currently worth US$50,000) for live delivery of any snake of 30 feet (9.1 m) or more in length. This prize has never been claimed. In any case, measuring a snake that is stronger than a person is not an easy task. It was found that two scientists independently measuring the same 12-foot (3.7 m) plus snake showed a variation of more than 20% in their results.

A possible origin for the common name anaconda is the Tamil anaikondran, meaning “elephant killer”, or anaikkonda, meaning “having killed an elephant”. A name first used in English to name a Ceylonese python, it erroneously was applied to a large South American boa, called in Brazil “sucuri”. The word is of uncertain origin, and no snake name like it now is found in Sinhalese or Tamil. Another suggestion is that it represents Tamil. It is unclear how this name originated so far from the snake’s native habitat; possibly this is due to its vague similarity to the large Asian pythons. 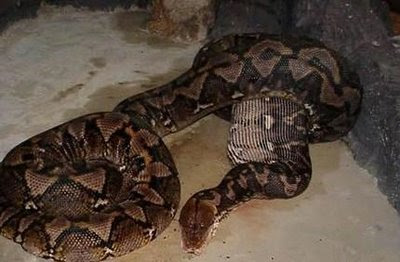 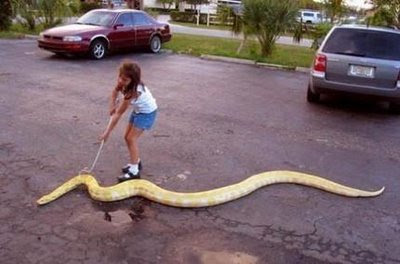 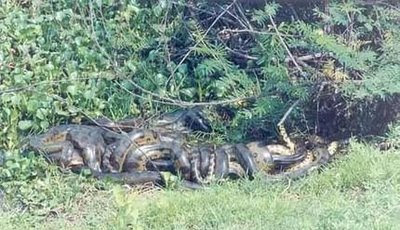