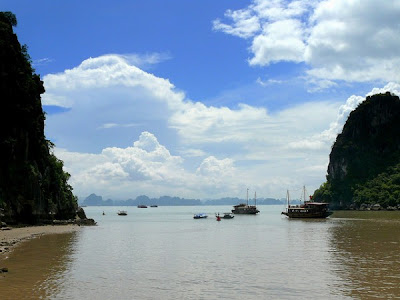 Ha Long Bay is one of the world’s natural wonders and is the most beautiful tourist destination of Vietnam. Ha Long Bay, situated in the Gulf of Tonkin, includes some 1600 islands and islets forming a spectacular seascape of limestone pillars. Because of their precipitous nature, most of the islands are uninhabited and relatively unaffected by human influence. A distinctive feature of Ha Long Bay is the abundance of lakes within the larger limestone islands. For example, Dau Be island has six enclosed lakes.

Some of the islands support floating villages of fishermen, who ply the shallow waters for 200 species of fish and 450 different kinds of mollusks. Many of the islands have acquired their names as a result of interpretation of their unusual shapes. Such names include Voi Islet (elephant), Ga Choi Islet (fighting cock), and Mai Nha Islet (roof). 989 of the islands have been given names. Birds and animals including bantams, antelopes, monkeys, and lizards also live on some of the islands.

The geomorphology of Ha Long Bay is known as a drowned karst landscape due to the exceptional combination of its limestone karst features which have been subject to repeated regression and transgression of the sea over geological time. The limestones of Ha Long Bay have been eroded into a mature landscape of fengcong (clusters of conical peaks) and fenglin (isolated tower features) karst features, modified by sea invasion at a later stage.

Its waters are host to a great diversity of ecosystems including offshore coral reefs, freshwater swamp forests, mangrove forests, small freshwater lakes, and sandy beaches. The folk tale has it that the dragons descended from heaven to help locals by spitting jewels and jade to the sea, forming a natural fortress against invaders; these precious stones are represented by the lush green outcrops. Several islands boast beautiful grottos and caves with contiguous chambers, hidden ponds and peculiar stone formations. The bay is about 170 kilometers northeast of Hanoi and 3, 5 hours by road. 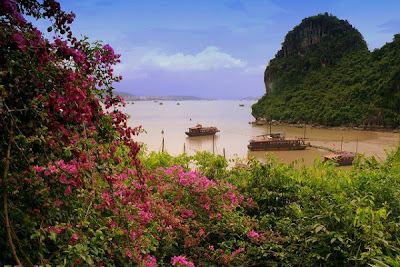 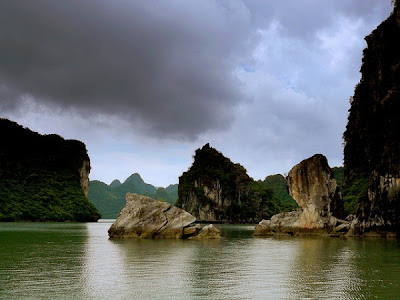 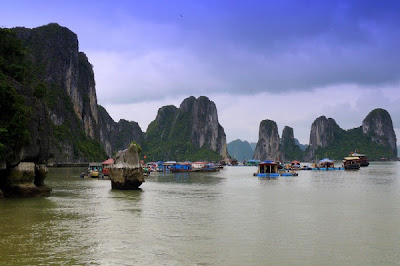 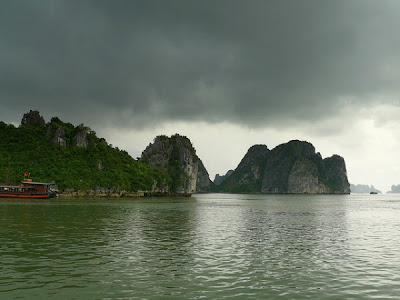 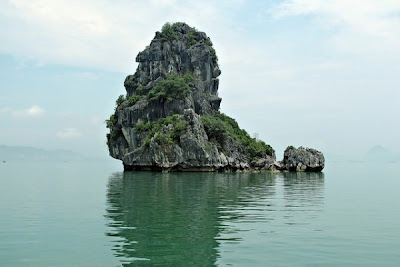 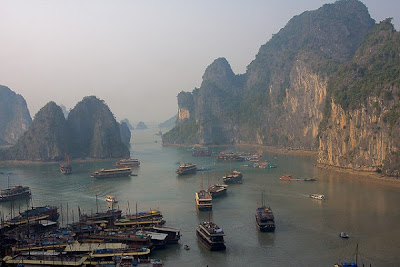 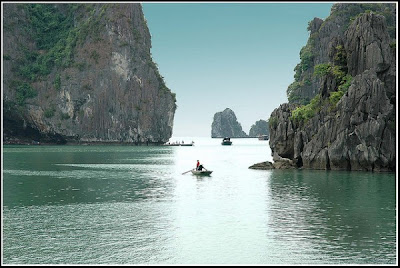 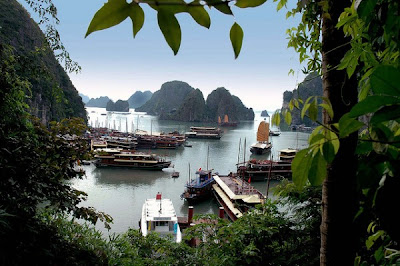 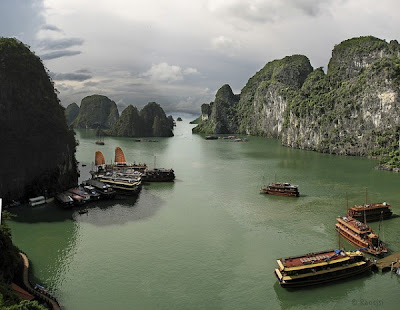 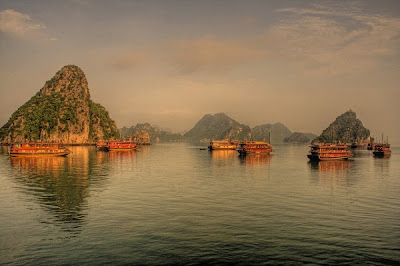 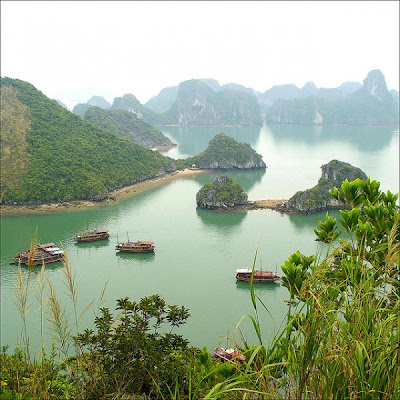 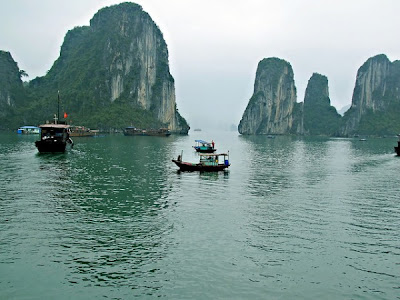 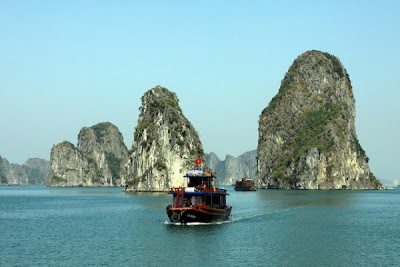 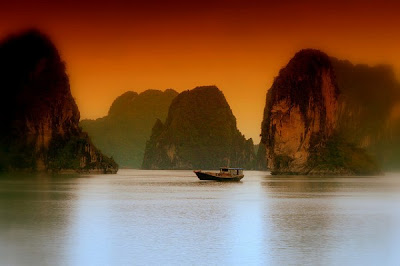