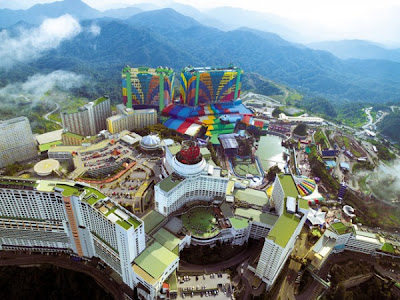 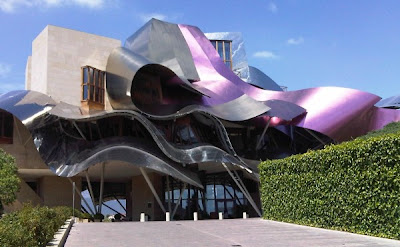 The Hotel Marques de Riscal was designed by the famed architect Frank Gehry, who also designed the Guggenheim Museum in Spain. Completed in 2006, the renovation of the 139 year-old winery estate cost an estimated $100 million. The free-flowing architectural style creates a wondrous sight for any guest or visitor on approach to the hotel and truly has to be seen to be believed. 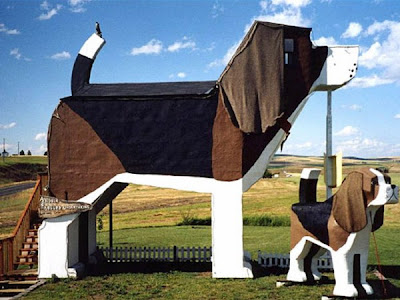 Inside the world’s biggest beagle lies Dog Bark Park Inn, a bed & breakfast guesthouse decorated with carvings by Dog Bark Park chainsaw artists. There’s a lot inside the beagle’s belly: a loft room, several sleeping spaces and all the normal hotel functions. Sweet Willy is this doggie’s name, and the little one beside him is known as Toby. 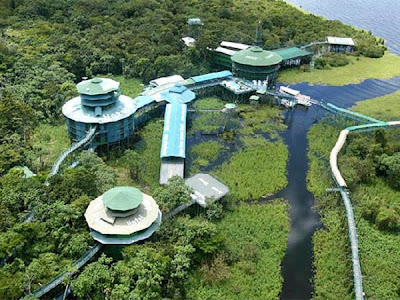 Thirty five miles from Manuas in the heart of the Amazonian rainforest lies a hotel built at canopy level and linked by 4 miles of wooden planks. Harmonious with local flora and fauna, this is the Brazil’s largest eco-friendly resort, and has a massive 268 rooms. 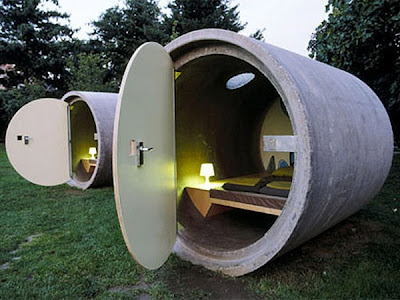 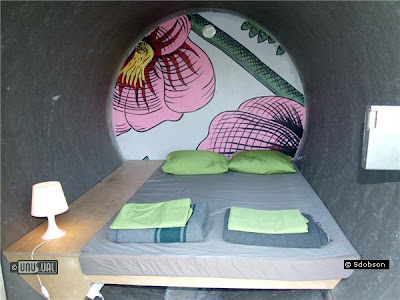 Although this is a one-of-the-kind hotel, there are now two… One in Austria – Ottensheim and the other near Essen in Germany. They have been designed from the outset to use worldwide standard concrete drainage or sewage pipe sections – so you could well see more of them in the future.

The idea of Andreas Strauss in 2004, the first rooms were provided in Linz. Moved to nearby Ottensheim, rooms are accessed by a digital keypad, whose code is provided by the self service website upon booking acceptance.

The beauty of these pipes is that their concrete utilitarian look needs little alteration to make them habitable – a coat of varnish is all that is necessary. The tubes have also have received wall paintings by the Austrian artist Thomas Latzel Ochoa to make them seem a little more user friendly.

Each tube weighs 9, 5 tonnes – so although some might be tempted to rock or vandalise them, they are incredibly robust and need little maintenance. More advanced lock and electronic keypad systems are being fitted in 2007, but the original concept is working very well.
Like cave hotels, Das Park Hotel is fairly cool in the summer, and perhaps still warm in winter, although at the moment the hotel is only open from May to October. 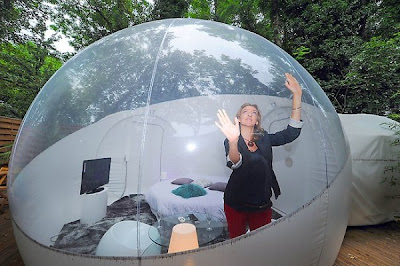 This beautiful hotel is situated in a park of Roubaix, France. The Bubble Hotel is a combination of different Bubble rooms. The bubble room made with recycled plastic and kept under pressure by a silent blower can be rent as a hotel room in the middle of the nature.