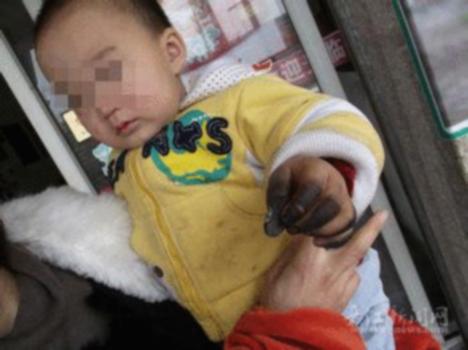 A small child was injured when a coin he was holding exploded while his mother’s back was turned.

The boy and his mother were at a local shop in Fujian Province when the incident occurred.

She gave him a 1 RMB coin to use on one of the small rides at the shop, and then heard a loud bang.

Turning around, she discovered the coin had exploded in her three-year-old son’s hands. He thankfully escaped with just minor burns.

So how did this happen? Well, similar instances of exploding coins have been reported before, typically involving “electric vehicles.”

It has been speculated that a problem with the electrical wiring, combined with something in the coinage, has been causing the currency to explode.