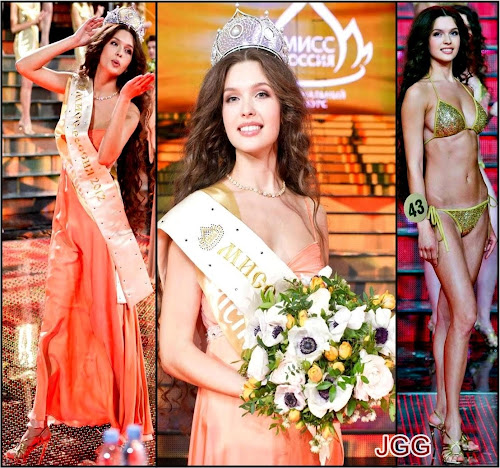 Elizaveta Golovanova from Smolensk Region was crowned Miss Russia 2012 on March 3rd, 2012. She is 18 year old and stands 5’10″. She will represent Russia in Miss World 2012 and Miss Universe 2012 Pageant. The first runner-up is Kristina Gontar of Zheleznodorozhny and the second runner-up is Alena Sishkova of Tyumen. The new Miss Russia received the sash from the hands of Ivian Sarcos, Miss World 2011, who was a special guest at the pageant’s 20th anniversary edition.